We'd like to take a moment to acknowledge this library and the county it serves is situated upon the traditional territories of the núu-agha-tʉvʉ-pʉ̱ (Ute). We'd also like to not only acknowledge the enduring hardships indigenous peoples of these lands face due to colonialism and displacement, but also their enduring presence. 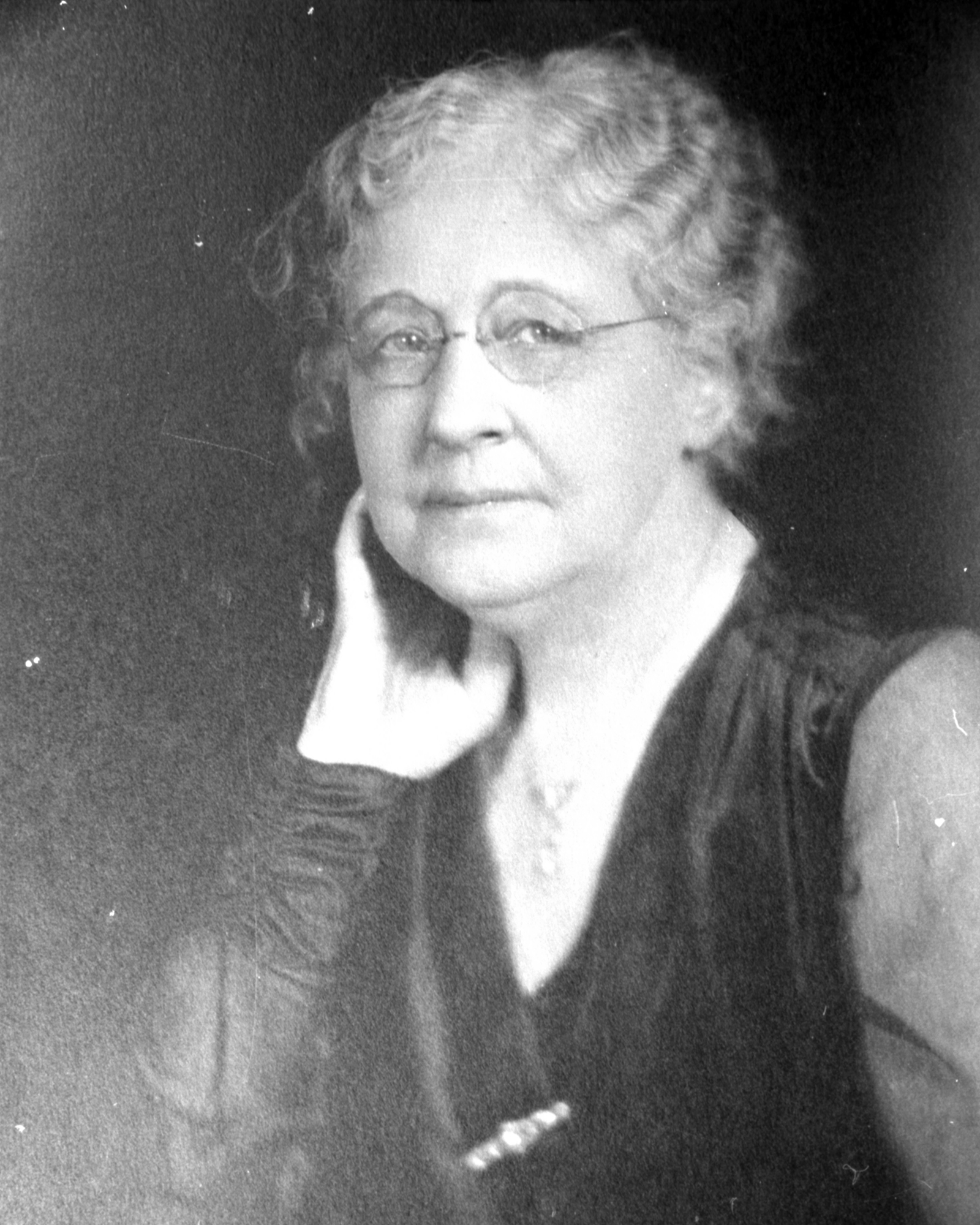 Mrs. Stickley was prominent in the organization of the Leadville Library Association in 1897 and obtained a Carnegie donation for the establishment of the public library in 1901. She wrote several letters to Andrew Carnegie before her request was addressed. As a memorial to her late husband, Benjamin F. Stickley, she established a fund of ten thousand dollars for the library, the proceeds of which were used to help support the library. During her lifetime, of course, Mrs. Stickley retained control of the principal, but on her death this fund passed to the library. She was a member of the State Library Association and during her lifetime retained her position as a member of the library board of the Leadville library. 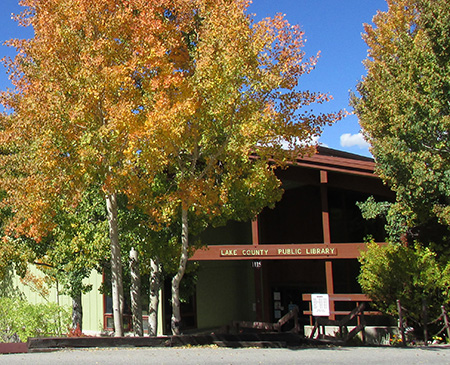 Lake County Public Library is the highest public library in North America at over 10,000 feet in altitude.  It is located in the historic mining city of Leadville, Colorado.  The library houses the rare and interesting Colorado Mountain History Collection of local history and genealogy, documenting the unique history of this "Boom Town," at its peak called the wealthiest mining camp in the world. 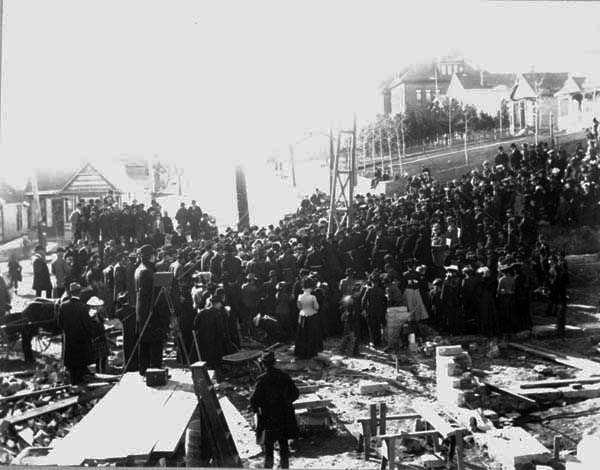 Although it had been repeatedly discussed and various temporary schemes tried since the early 1890's, the reality of a public library for Leadville began with a meeting of the town's citizenry on the evening of March 12, 1897. The purpose of the meeting was to form a library association and public response was enthusiastic. The Leadville Public Library Association was subsequently formed with Mary Louise Stickley as President and sixty-five charter members. To gain public confidence, the association was incorporated under Colorado law on August 20, 1897.

Opinions on how to use the three dollar per year membership fee were divided initially but it was decided that all collections would be used for a building fund rather than for purchasing books. The fund grew slowly during the next five years despite the numerous community efforts at raising money. Finally, as a last resort, application was made to the Andrew Carnegie Foundation. The first two applications were not even acknowledged, but the third, largely through the efforts of Rev. David Fleming who had visited the Institute, was favorably received. Soon came the reply that $20,000 would be provided if the city would furnish a site and $2000 a year for maintenance. The city quickly agreed and levied a new tax for the purpose. The cornerstone was laid on October 25, 1902;  Miss Zoe Guernsey was named the first librarian and the chairman of the new library's board of trustees was Jesse F. McDonald, who later became governor of Colorado. Progress of the preparation of the opening of library was well documented by the Herald Democrat, as well as its opening "grand reception." 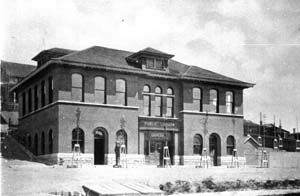 The early part of the 20th century saw a drastic decrease in Leadville's former prosperity. Often, city warrants could not be redeemed and library salaries went unpaid for months. Mrs.Stickley who served for many years on the library board and for many more years as an unofficial advisor during this difficult period, remembered the library in her will by setting up a trust fund.

In 1947, the board of trustees requested that the library become a county library under the provisions of the 1947 Library Act in order to receive county funding. This was approved by the county and the Public Library of the City of Leadville became the Lake County Public Library on December 1, 1947.

During the 1960s it became apparent that the original Carnegie building had become inadequate and in 1967 active planning for a new facility was begun. Matching federal finds were obtained and work began at the 12th and Harrison site on September 3, 1970. The new building was officially opened on May 5, 1971. It contains over 700 square feet with space for over 20,000 volumes, in addition to a public meeting room. Total cost was over $200,000. 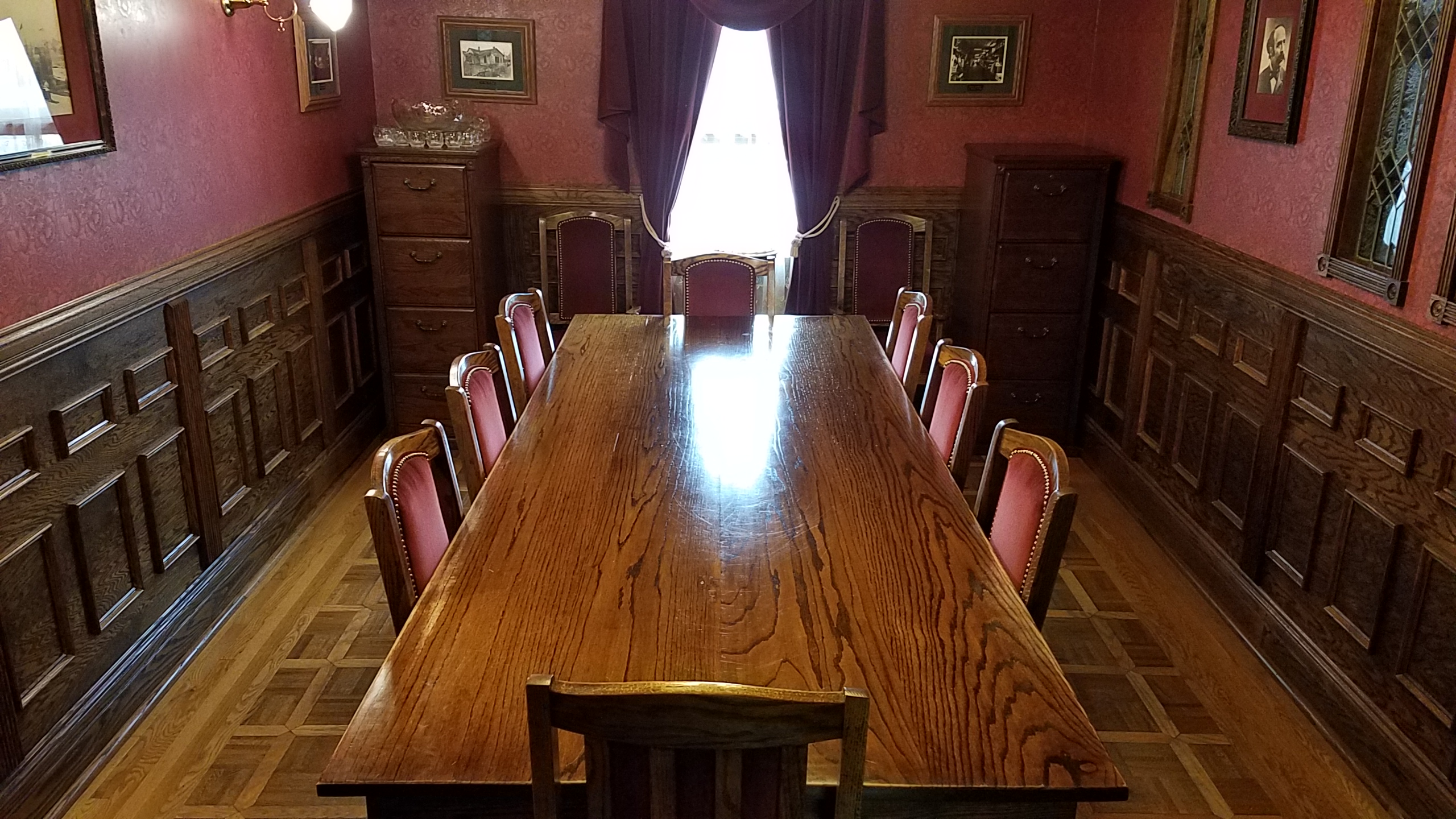 The Leadville Room was constructed as an addition to Lake County Public Library in 1983. Lake County Commissioner Carl Miller sought gifts from sources such as Climax Molybdenum Co., ASARCO (owner of the Black Cloud Mine), Day Mines, and the Boettcher Foundation. Local contractor Gilbert & Associates designed, built and furnished the room in 1880’s Victorian style. This beautiful room houses the Colorado Mountain History Collection, a growing collection of genealogy and local history documents, including Leadville city directories, Lake County Census schedules, cemetery directories and maps, and a variety of other non-circulating resources available to researchers.